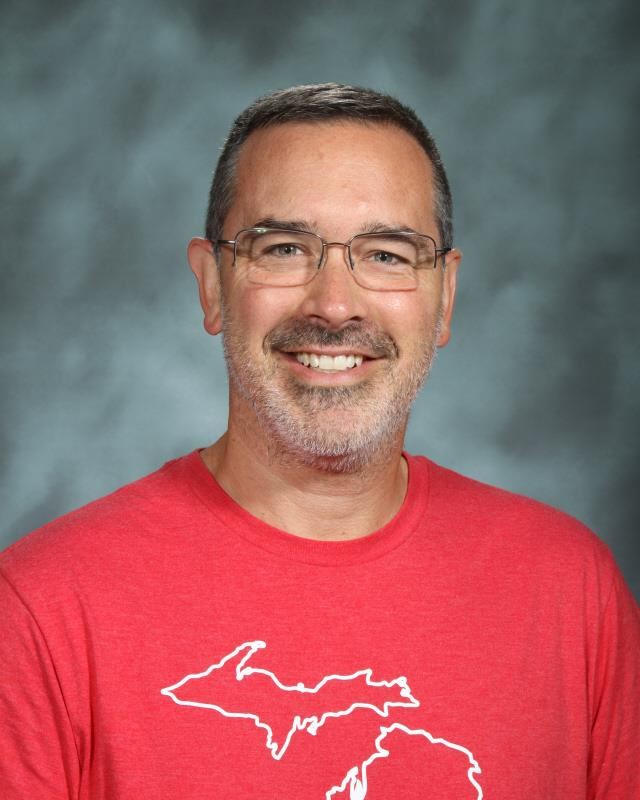 Kent Wattleworth has been the co-director of choirs at Huron High School since 2017. He currently directs Cantare and the A Cappella choir and teaches Piano, Guitar, and Humanities. Before coming to the Ann Arbor Schools, Mr. Wattleworth taught choral music in the Chippewa Valley School District at Wyandot Middle School and Chippewa Valley High School, where he also taught Music Theory and co-directed the school musicals. While teaching there, his choirs consistently received outstanding ratings at district and state MSVMA events. At Wyandot MS, the 8th Grade Choir was selected to perform at the Michigan Music Conference in 2015. At CVHS, the Varsity Choir was selected to perform at the Michigan Youth Arts Festival in 2008 and 2011, the Michigan Music Conference in 2011, the American Choral Directors Association Michigan Convention in 2009 and Central Division Convention in 2012. While under his direction the CVHS Varsity Choir performed with the Macomb Symphony Orchestra, the Warren Symphony Orchestra, and the Michigan Opera Theatre. Mr. Wattleworth has served as MSVMA District Manager and State Choral Festival Supervisor and was selected by his peers as the 2016 MSVMA Middle School SSA Honors Choir director. He has presented sessions at both the MSVMA Summer Workshop and the Midwest Music Conference. He has served as a vocal instructor and conductor at Blue Lake Fine Arts Camp and has sung professionally with the Sounding Light Chamber Choir and several church choirs in the Metro Detroit Area. Mr. Wattleworth also taught Secondary Choral Methods at Oakland University and elementary music in the Dearborn and Hudsonville Public Schools, and is certified in Orff Schulwerk pedagogy level three. He currently serves as tenor section leader at First Presbyterian Church of Birmingham. Mr. Wattleworth is certified to teach music in grades K-12 in the state of Michigan. He earned his Bachelor of Music degree in Vocal Music Education from Hope College and his Master of Music Degree in Choral Conducting from Oakland University.