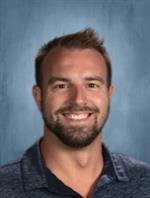 Mr. Almassy joined Skyline’s counseling team in the fall of 2017, just after receiving his Master’s in Counseling from Spring Arbor University. During his senior year of high school, Mr. Almassy served as a peer counselor and has been working with high-school aged students ever since. For the past 10 years, Mr. Almassy has worked with youth in an academic capacity as a substitute teacher and recreationally as a camp counselor and program director for the YMCA. These experiences offered opportunities to work with kids from all different backgrounds and has given Mr. Almassy the ability to connect closely with a wide array of students.

Mr. Almassy prefers the Cognitive Behavior approach to counseling and incorporates it into his work with students often. He is also very passionate about helping students explore their strengths and interests as they begin to think about their post-secondary life. When he is not working with students on academic, social/emotional, or college goals, Mr. Almassy can be found riding bikes with his wife and walking his dachshund, Chip. He also enjoys spending time with his family, playing board games with friends, and is an avid swimmer.

Mr. Almassy can be reached in the Integrity office, by email, or over the phone.

TOP
ANN ARBOR PUBLIC SCHOOLS STATEMENT OF NON-DISCRIMINATION: No person shall be excluded from participation in, be denied the benefits of, or be subjected to discrimination in any educational program or activity available in any school on the basis of race, color, sex, religion, creed, political belief, age, national origin, linguistic and language differences, sexual orientation, gender, gender identity, gender expression, socioeconomic status, height, weight, marital or familial status, disability or veteran status. The following person has been designated to handle inquiries regarding the nondiscrimination policies: The Executive Director of Human Resources, 2555 S. State Street, Ann Arbor, MI 48104 (734) 994-9444.
Copyright © 2002-2022 Blackboard, Inc. All rights reserved.