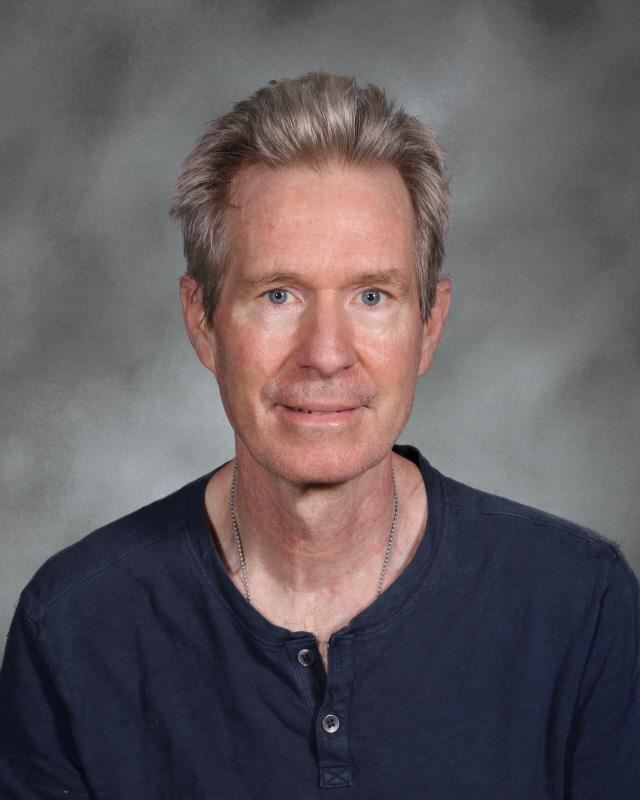 Peter Collins graduated from the University of Michigan in 1980 with a Bachelor’s Degree in Mathematics Education, after which he immediately was hired into the Ann Arbor Public Schools.  He taught at Community High School for one year, then transferred to Huron, where he has been ever since.  During the 1983-84 school year, Mr. Collins taught near Reading, England as a participant in the Fulbright Teacher Exchange Program.

During the summers and evenings of his first few years of teaching, Mr. Collins took classes at Eastern Michigan University that eventually led to a Masters Degree in Mathematics in 1986.

For six years, Mr. Collins was a grader for AP Calculus Exams.  Additionally, he served as a consultant for the College Board, conducting AP Calculus seminars throughout the Midwest.

Mr. Collins has been Huron’s Mathematics Department Chairman since the 2000-2001 school year.